I have been enjoying trailing with my Mitsubishi Pajero CC-01 for some time now, and I am still enjoying upgrading it from time to time. On day, during a scale run with my friend Laurent, we spoke about the iconic Tamiya 3Speed chassis, both the modernized and original or re-released versions. By coincidence, Laurent shared the link of a classified a few days later: that's how this Toyota Mountain Rider came in.

The legend of the Tamiya 3Speed

The name actually reunites several generations of models sharing the "model in motion" spirit that is in Tamiya's DNA. The legend began back in 1981 when Tamiya released their Toyota 4x4 Pickup and 4x4 Blazing Blazer: 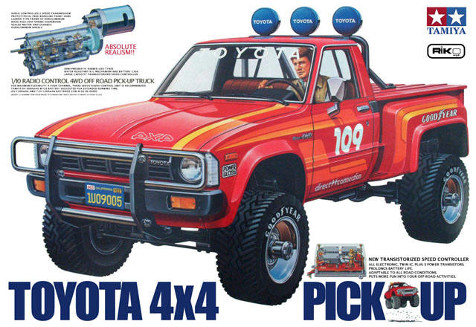 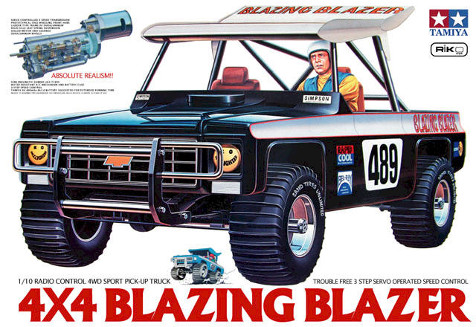 As you know if you clicked on the 2 last photos, the two models shared the same realistic ladder-frame chassis with leaf-spring suspension. As a matter of fact, it was the most realistic RC chassis at the time, a mechanical prowess that remained unmatched for years. The chassis lacked differentials because Tamiya designers chose scale realism first: at the time, technique did not allow to make differentials small enough to fit the axles if you wanted the axles to keep a scale realistic size. However, just like some real-size trucks of the late 70's, the front wheel could be manually locked or unlocked: in the latter position of the wheel hubs, the wheels were working one-way (like what we now call a one-way unit), which greatly improved the truck turning radius (but altered the front drivetrain grip on rough terrain). All this was great, but the greatest was the 3-speed servo-operated gearbox. A 4 channel radio was required to drive it in order to switch from the 1st 4WD gear to the 2nd RWD low gear or to the 3rd RWD high gear. 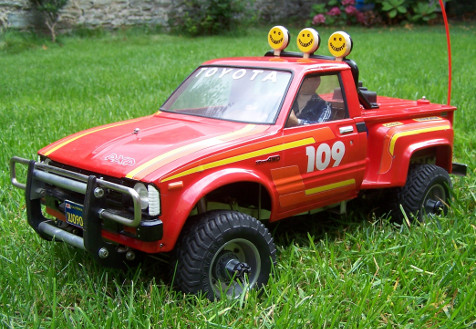 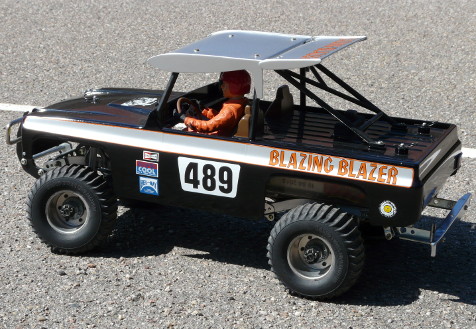 A the time, these models were expensive, very expensive: you could buy about 5 Holiday Buggies or Sand Rovers for the price of one Hilux, or 2 Rough Riders or Sand Scorchers if you preferred. In addition, you needed a very expensive 4 channel radio to properly operate the model, making the total cost close to twice the period basic monthly salary: that was a sum...

In 1985, Tamiya released the first evolution with the Bruiser, and then a second evolution in 1992 with the Mountaineer: 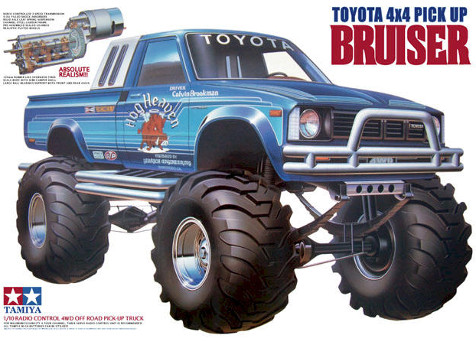 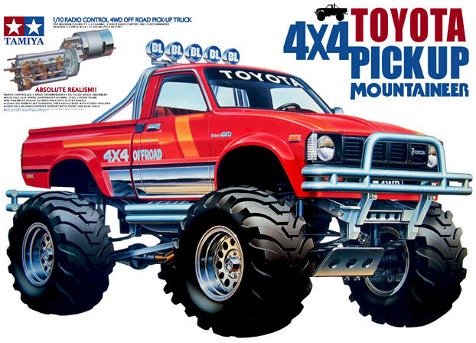 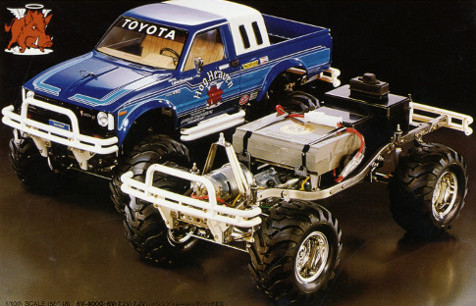 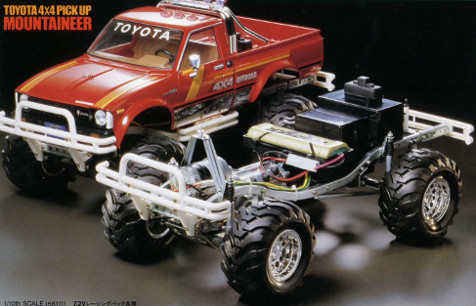 The 1985 chassis version received most of the evolutions, mainly concerning the loss of the front lockable wheel hubs, the use of a Mabuchi 750 motor with more torque to propel the bigger wheels (tires being the same as the Blackfoot, but using a harder compound) and the use of hydraulic dampers in addition to the leaf springs. The 1992 version featured gearbox improvements, but the most visible change was the battery tray as you can see on the last clickable photos above.

3 Speed of the modern era 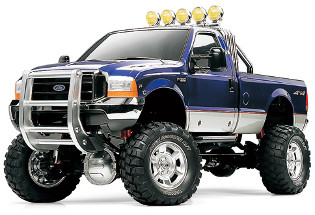 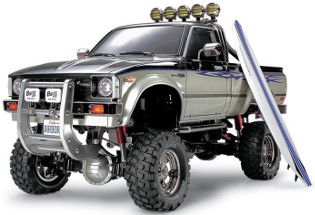 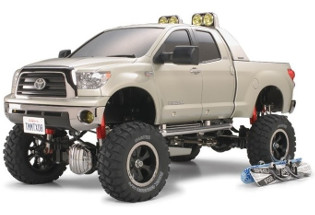 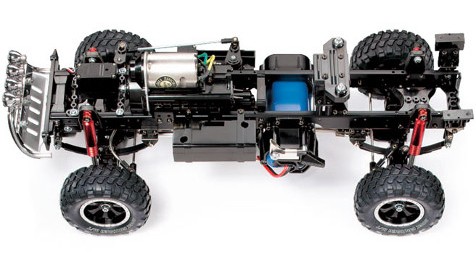 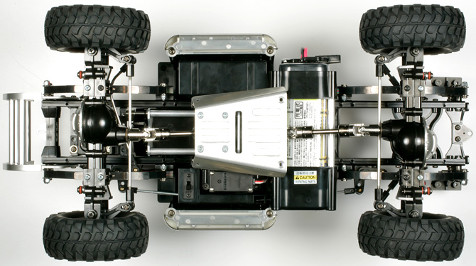 The recipe for success In 2006 was the same Tamiya used back in 1981: a scale-realistic ladder frame chassis, leaf springs paired with (friction) dampers, a 3 speed gearbox, highly detailed bodyshells and a specific electronic unit offering advanced lights, sounds and motor vibrations (a derivate from the famous MFC-01 that RC truck fans know).

For an even better scale realism, the second model of the series was equipped with an amazing and mandatory surf board: this had to be said because some fans seemed to ignore this delicate attention from Tamiya. Probably nostalgic people, because they saw this instead: 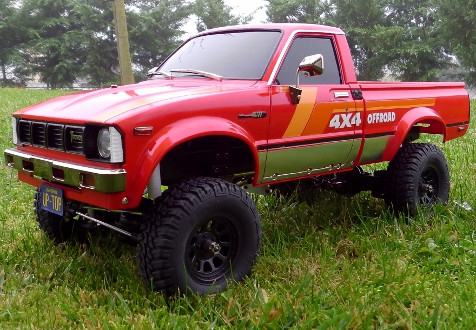 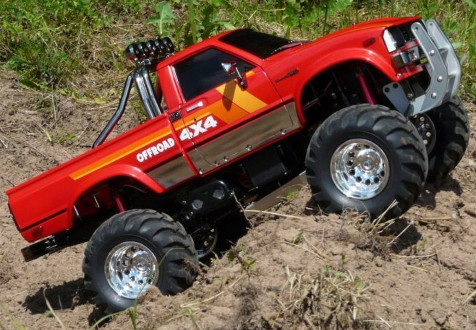 ), Tamiya seems to have accidentally re-used the same bodyshell they previously used on the 1992 Mountaineer (this one being an evolution of the one used by the 1981 Hilux). As a matter of fact, these new 3Speed models were often considered as modern re-releases of the legendary models of the 80's: re-using the iconic Toyota bodyshell didn't help think otherwise until the Bruiser returned in 2012.