Avante, what a name! A few years back, while collaborating with my friend Greg (aka Hairy Ogre) on a project we couldn't bring to life, I had the chance to learn a lot about this model and its fantastic complexity. Of course, I already knew the model, but Hairy Ogre's precise and detailed analysis about it definitely convinced me the Avante had to join my collection. So I was patiently waiting for an opportunity on the model when...

November 2010, blasting announcement from Tamiya at the Tamiya Fair: the Avante is back! Finally made available in february 2011, the re-released version is very close to the original. It took me some time to grab one by the end of 2012, right before it became unavailable (before Tamiya made a second batch in 2017). Form then on, the Avante became the longest of my RC projects: it took me about 18 months before I began the build, and then the writing of this article lasted for about 3 years. Few!

The Avante is an icon, a major model into Tamiya's range of RC products. Even if the model can't prevail of any major title at international level, any RC fan of the time kept this RC engineering piece of art in memory.

For several reasons, the Avante is a very important model for Tamiya. The 2011 re-release that revived the RC icon (and again in 2017 under the same reference): 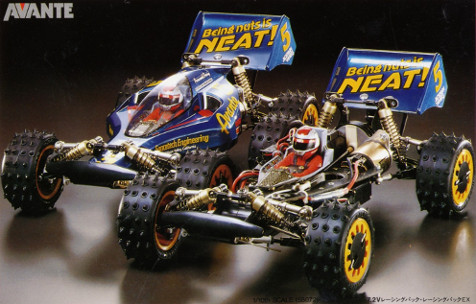 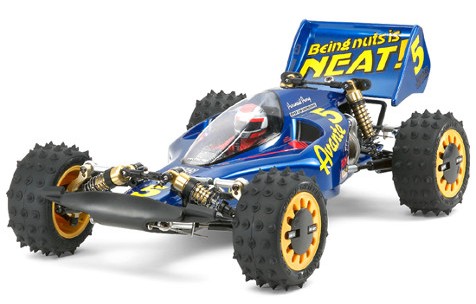 The Avante is a legend, a revolution, an extraordinary technological leap forward that will deeply and durably leave its mark in Tamiya history. But the Avante will also be a total surprise for the entire RC business, from other manufacturers designers to journalists and the public. Here are some hi-res photos to illustrate what is the Avante: this gallery gathers both period documents from the RC Guide Books and photos from the 2011 re-release. These photos are clickable. 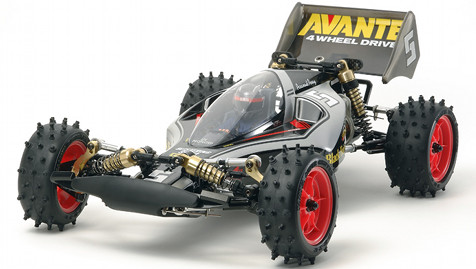 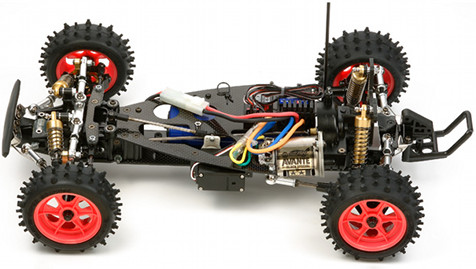 Being both a technical demonstration and Tamiya's concrete ambition to enter the highest international racing level, the Avante radically concentrates technological innovations. This model is the first stone of Tamiya's strategy regarding the top-level international racing: in fact, the Avante is the first model used by a brand new division, the now famous TRF Team (Tamiya Racing Factory Team).

With the Avante, Tamiya has made an astounding engineering demonstration that everyone will remember in the RC industry. At the same time, it is also a dramatic failure as far as race results are concerned. Commercially, the Avante was not even a top seller: it is mainly afterwards that fans became aware of how important this model was. But at the time, the public of pure racers for whom the Avante was made quickly lost their illusions: the car was overly complex in addition to being fragile. Not even considering the performance level that was not as high as its design was suggesting.

Last RC model to use the prestigious name "Avante" before long, the Avante 2001 (kit 58085 released in 1990). This version can be considered as the most evolved of the Avante, in particular as far as reliability is concerned. Additionally, it is the first kit Tamiya supplied with the Sport Tuned motor. 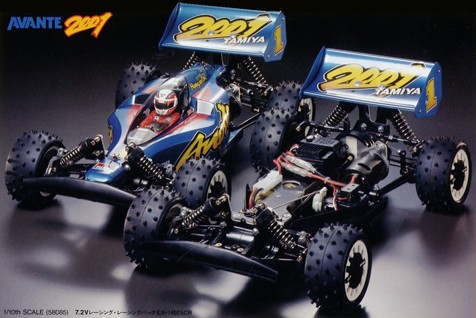 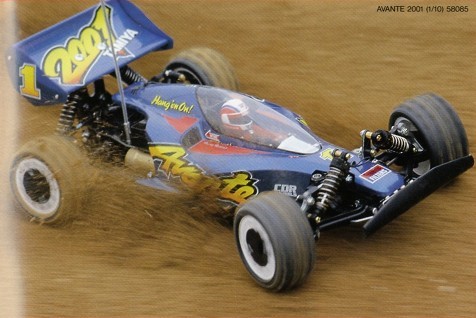 However, Tamiya did not restrict the name Avante to the sole RC: it is also an iconic lineage of models in the Mini 4WD series. This series is almost unknown in Europe, but it is a considerable success in Japan and many countries in Asia. Tamiya paid tribute to many RC models in their Mini 4WD series. As for the Avante: 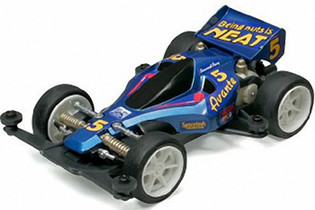 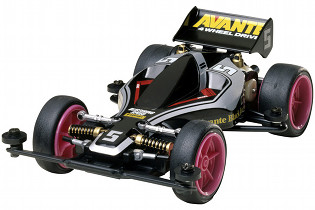 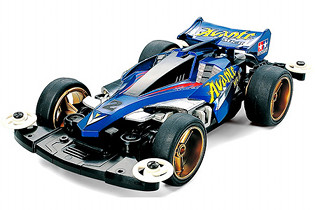 This "lineage" is so successful (especially in Japan) that Tamiya "re-imported" the Mini 4WD Avante into their RC offering. This is where the Avante mk.II (kit 58387) and Avante Aero (kit 58550 and 84377 Avante Aero Red Metallic) came from. 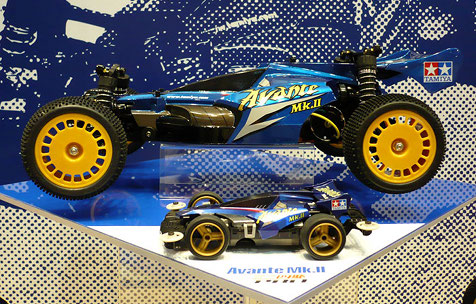 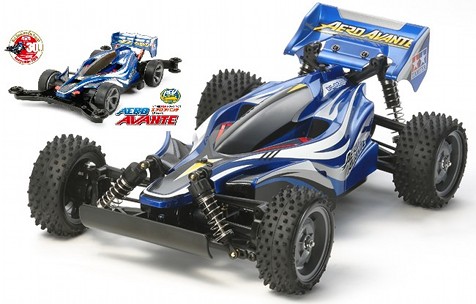 On this side of the planet, generally fans did not welcome them warmly (to say the least) because these tribute RC models to the Mini 4WD series were often considered as usurpating the prestigious Avante name. However, it is most likely that these Mini 4WD flavored versions are much appreciated in Japan (and probably everywhere Mini 4WD is popular).

The discovery of such a legendary model partially packed in blisters like in the old days is a special moment: 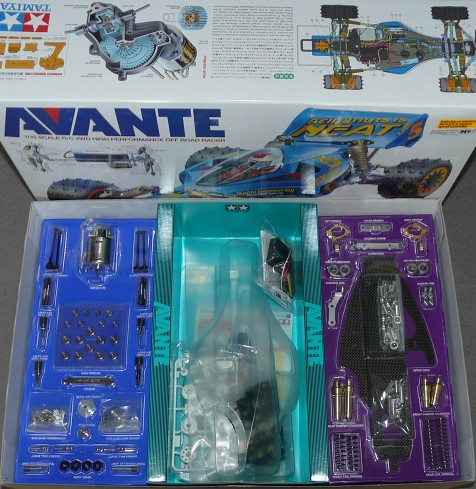 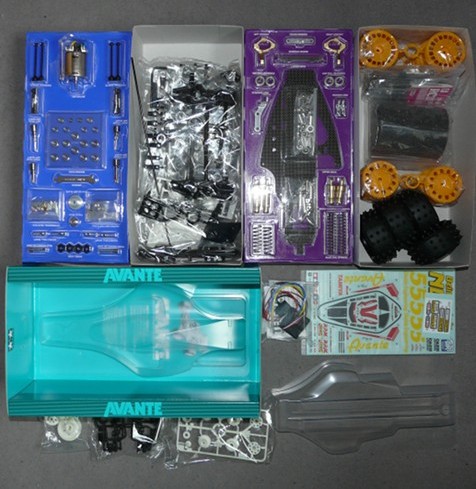 I can't really describe either the excitement and the curiosity, nor the nostalgia and pride when admiring the whole package. On the second photo, you can notice that Tamiya supplies additional modern rims borrowed to the DF03-based Avante Mk.II, but no modern tires.

Well, it's a fact and something new to me: this kit remained in its box for over one year and a half. I periodically opened the box (like about a hundred times) thinking I should start the build at last, but each time other “easier” projects were on the list. Above all, I wanted to take my time to enjoy building this model. Anyway, I only started the build at the beginning of spring 2014, but the wait was worth it.