This model is a Formula 1 made for racing. There was no equivalent model in my collection so far, and this is exactly why I decided to offer the chance to get one.

The model I received is not new and has been used quite a lot: but it is in a very good shape since it was very well cared by its former owner. So this will not be a restoration project but mainly to make the model run again. 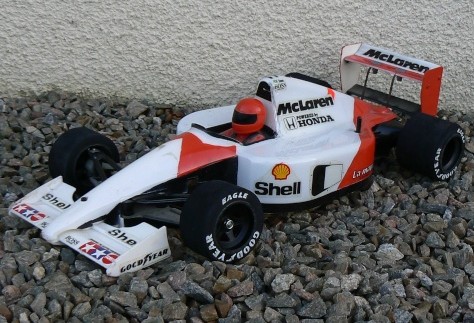 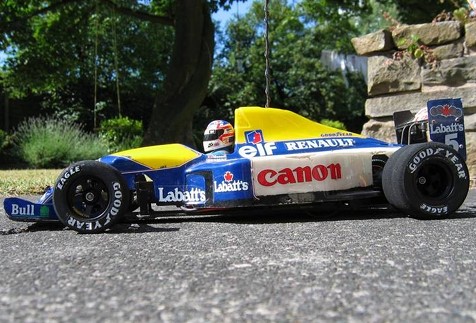 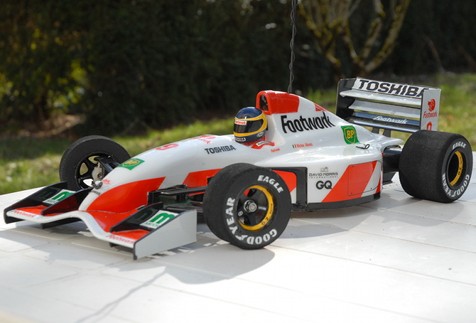 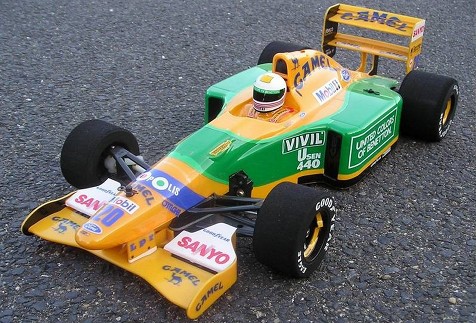 These 4 models are replicas of the 1992 Formula One Championship final podium... and of the team that ranked  8th (over 16). Of course, my model was the most anonymous out of the 4 others on the tracks

. Tamiya's decision to make this anonymous Footwork FA13 Mugen Honda may seem odd at first sight, but one of the pilots was Aguri Suzuki. Even if he didn't manage to score one single point during the 1992 season, he's a japanese driver. Well, in fact, there was another japanese driver driving for another team during in the 1992 championship: he didn't score either, but worse, he didn't manage to finish half of the season's races. To be honest, his team had comparable poor results

. So Tamiya's decision could have been worse...

Getting started with the F102 chassis

I received this model already built, painted and decorated: I only had to mount a motor, fit all the electronics and give it full ball bearings. This model being meant to be gently driven, it will feature a stock Mabuchi 540 motor and a TEU-101BK speed controller.

The main part is to fit the electronics and tie cables on this very narrow chassis covered by a skinny bodyshell: it is a little bit more complex to do than it seems at first sight, especially if you take care of separating radio cables from power cables (battery and motor) in order to avoid interferences. 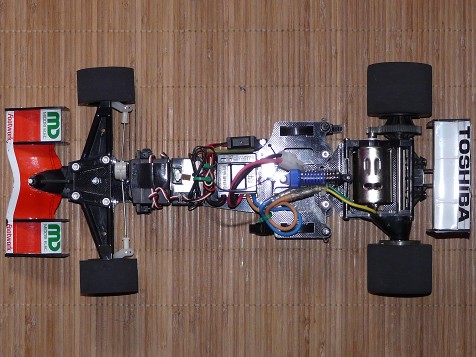 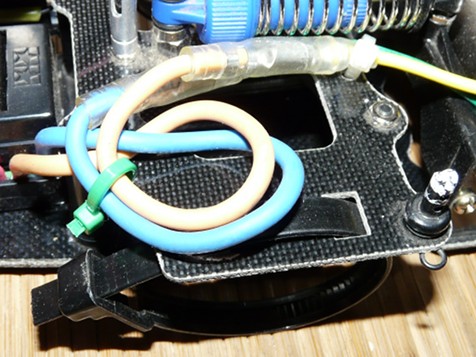 Tied cables on the receiver side 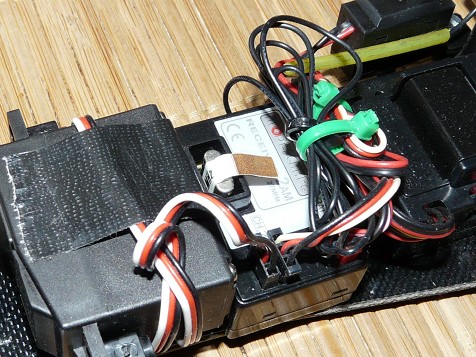 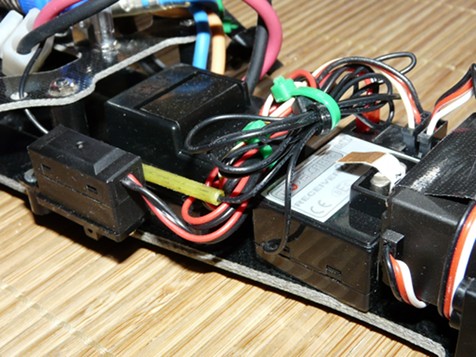 This cable tying job is not the cleanest I've ever done, but everything works fine without interferences and fits under the bodyshell.

More than a real first run, I mostly tested how the model handled and that everything worked as expected.

First of all, the model is really very fast: its light weight makes the stock Mabuchi 540 feel like it is stuffed with steroids. Second impression is that I over tightened the rear pod: the chassis massively understeers and I'll have to change this for the next run. Last remark is about the ground clearance: it is very very low. So it is wise to drive on perfect asphalt and to sweep any pebble from the track. 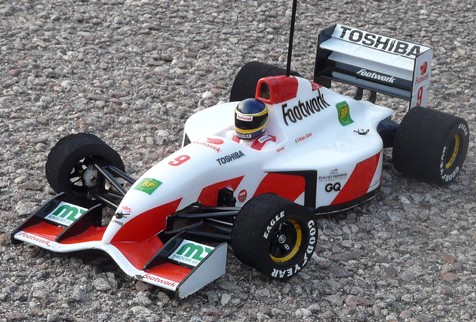 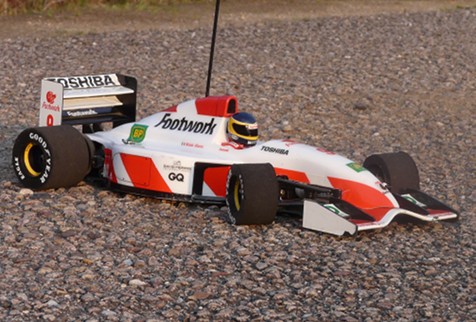 The real first run occurred on an open-air track featuring true asphalt and even kerbs.

This chassis overall handling is definitely quick and precise: driving it is pretty difficult since the car sucks the road, but at the first mistake or because the driver is too optimistic, one of the drivetrains slides. When entering a corner at excessive speed, the car will immediately understeer, and pushing throttle too hard at re-accelerating will make it spin around. Kerbs are to be avoided since suspension is almost inexistent: cornering on the kerb will result in immediate loss of control since the car flies.

The Mabuchi 540 offers devilish performances on this model and I must confess that I can't imagine to install anything more powerful in it unless you are a top driver. Moreover, I do recommend you use the stock metal antenna post instead of the plastic antenna tubes: this is the only way to preserve the bodyshell in case of driving mistake. 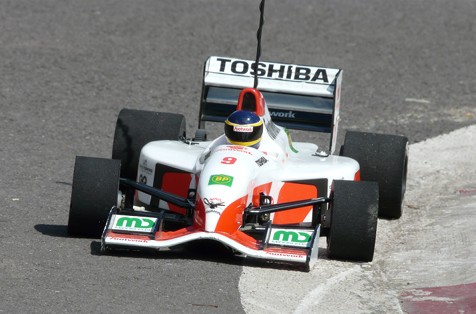 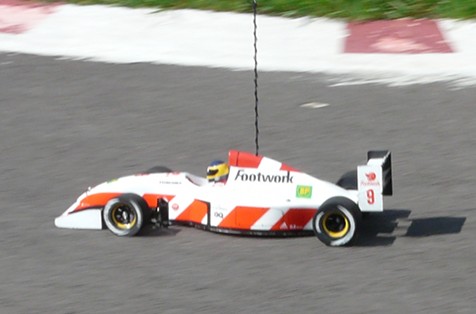 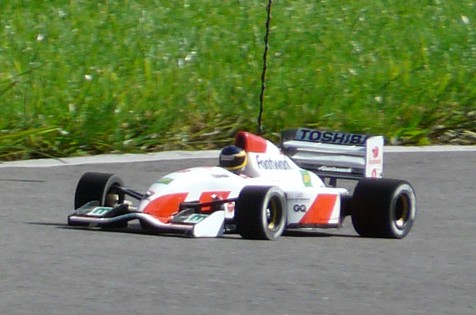 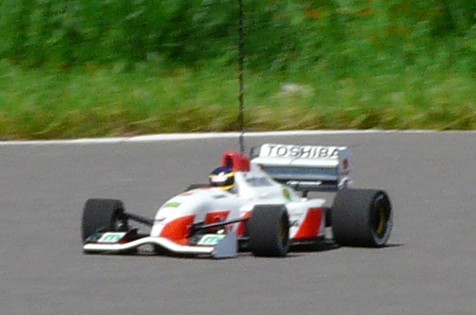