Despite my decision to slow down on purchases in order to work on projects pilling up, a very special model showed up on a famous auction site. Unfortunately, there was not much time left to seriously consider it: so I preferred to click and potentially regret later

After I got back to the roots of Tamiya modern Formula 1 with my Road Wizard, this is an opportunity to discover its successors the Lotus Honda 99T (kit 58068) and Williams FW11B Honda (kit 58069). 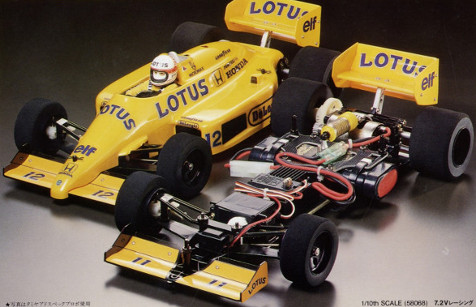 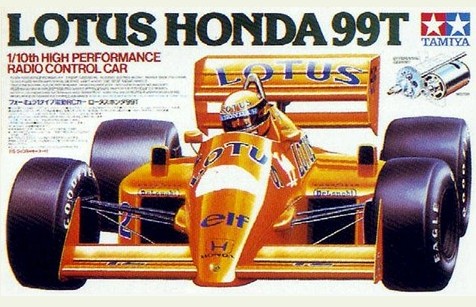 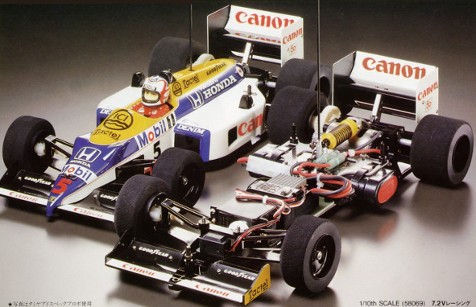 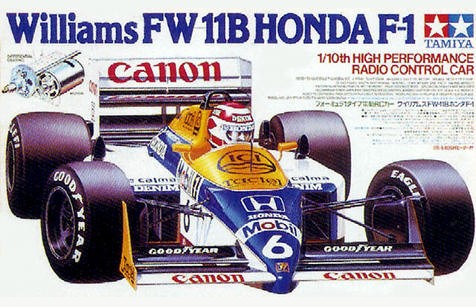 Now let's have a look to what came home and to the evolutions compared to the Road Wizard.

My Williams FW11B Honda F1 when it arrived

As mentioned at the beginning of the article, the Williams FW11B Honda F1 I received is special. The chassis is original but the bodyshell is different from the boxart shown above: that's ok since the previous owner reproduced a model Tamiya never released. 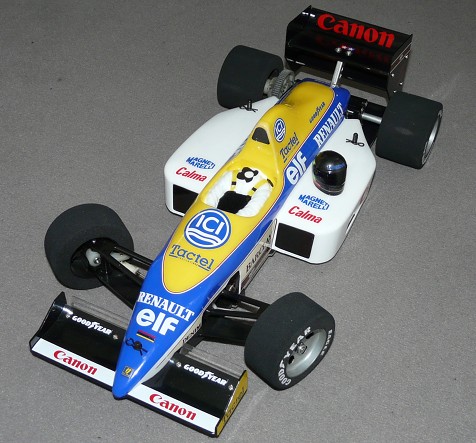 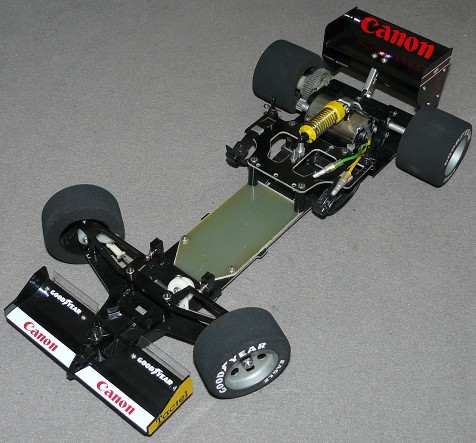 For the purists, the exact model represented here is the Williams FW12B from 1988: from what I read, this car was never officially raced. This is the prototype that served to mount the Renault engine (following Honda and Judd at Williams) before the official Williams FW12C was raced in 1989.

There doesn't seem much to do on this model: the bodyshell and the chassis are in perfect shape (apart from fixing the driver's helmet and to place ball bearings at the front wheels).

After a full disassembly, nothing's wrong. Everything is clean and perfectly assembled: despite the few scratches on the chassis underneath proving it has been driven, the model is like new. I only had to replace the motor pinion that obviously had some bad time swallowing pebbles. Of course, I "imported" the famous metal BP4 part from the F101 chassis in order to reinforce the motor mount. For more information about this "must have" part, please see my Road Wizard article (the link is at the end of the present article).

As for the bodyshell, nothing to do since it is in perfect state. So, I rapidly could install the electronics, an always time consuming moment since there is no much space left under the body. After install the steering servo, a receiver and a tireless TEU-101BK speed controller: 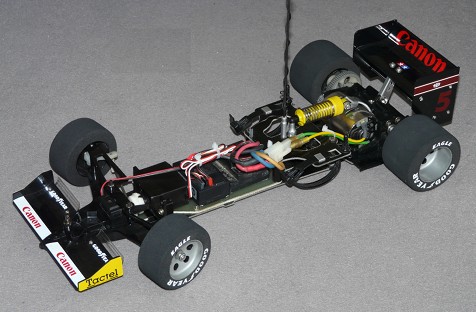 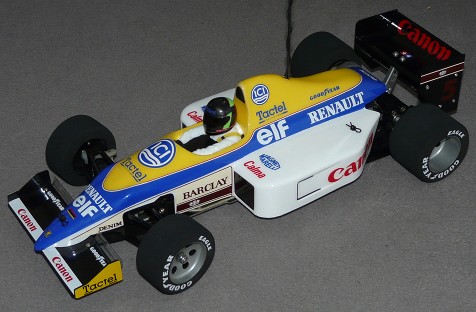 There are few differences and I already listed them in the article about my Road Wizard that I recommend you to read. Nonetheless, these few differences will reveal to have a significant influence over the chassis handling at the track: let's go for it.