This is a rare or even very rare model reaching my collection. Despite of its great age and its interest for collectors, it doesn't seem to be much appreciated. Formula 1 chassis' of the time probably have more appeal at collectors' eyes but on my side, I got interested in this model several months ago. The opportunity finally showed up so I clicked again

Only 4 models used the F-2 chassis between 1979 and 1982, the last one being a "Competition Special" version released two years after the others. At the time, this series was meant to be Tamiya's entry-level for Formula 1 models, exactly like the real Formula 2 was the Formula 1 second division. 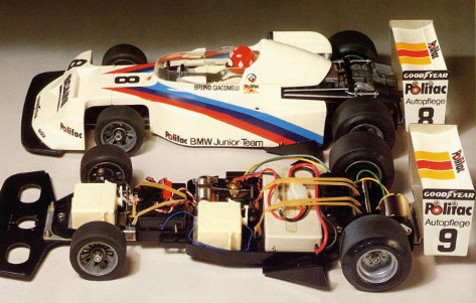 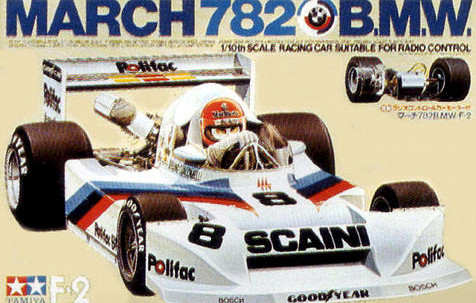 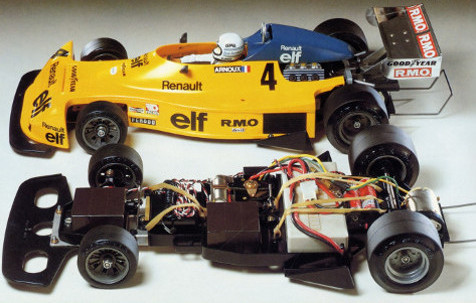 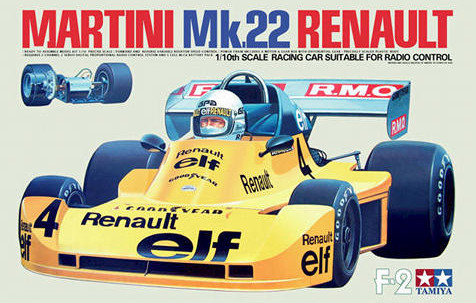 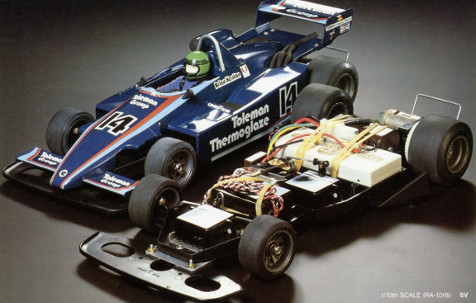 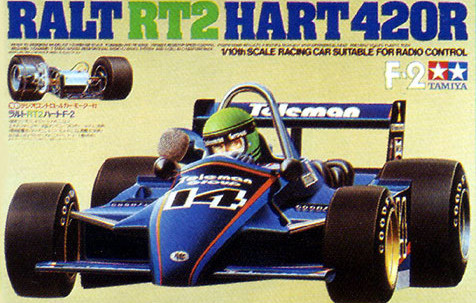 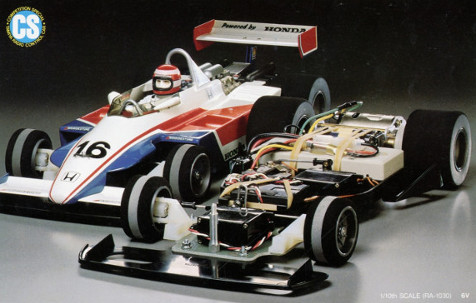 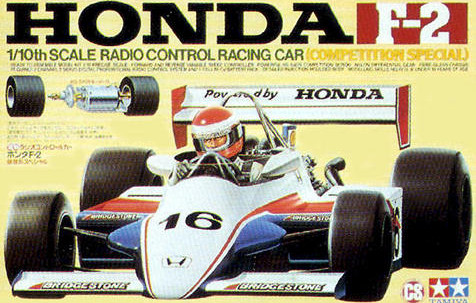 Tamiya respected the F-1 / F-2 hierarchy by releasing an economic version of their models. They might have been a commercial success at the time, but 30 years later, collectors show little interest for them. Anyway, my favorite model of the series is precisely the one that enters my collection. For once, this is a French car...

My Martini Mk.22 Renault when it arrived

It traveled through time to join my collection in an almost perfect state. The chassis doesn't seem to have ever be run since it shows no wear, tires are in perfect condition and the bodyshell seems brand new: to some extend, this model is new. 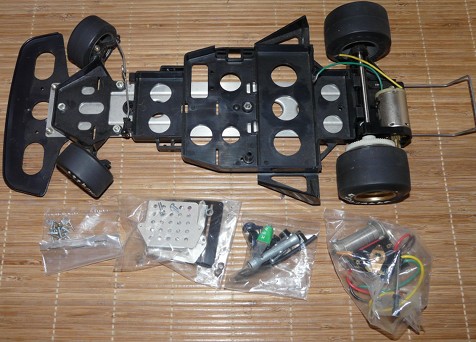 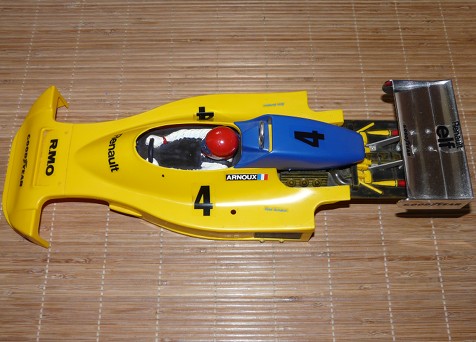 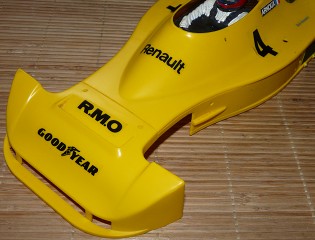 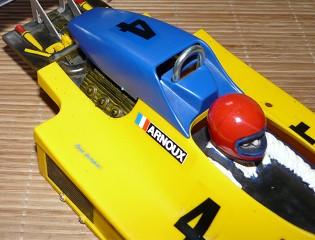 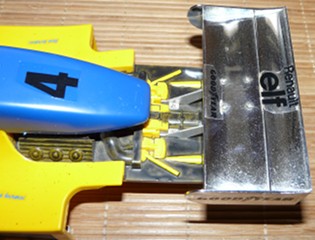 Globally speaking, the model is in a very good condition and I shouldn't need to work too long on it to make it run again.